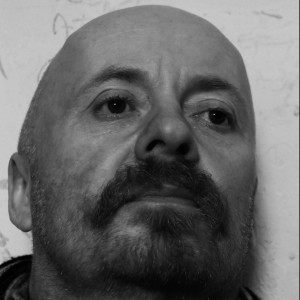 ​Mark is a contemporary visual artist whose practice is very much a hybrid one. His practice consists of sculpture, drawing and painting.
The work that is produced is to a great extent concerned with many of the precepts of Metamodernism, a rather ambitious term that endeavours to look beyond what Mark himself would describe the 'black hole of Postmodernism'. Certainly within his practice there is a deliberate mixing of ideologies and certain stylistic appropriations together with a determined return to making, rather than a reliance on concept alone.
Aside from the formal considerations the subject of the work is often rooted in the deeply personal. Much of the work is intended to question the reliability of personal and sometimes broader cultural histories and memories. This is partly suggested in the often odd juxtapositions of elements found within the work and also the distortions of scale or form.
Graduatiing in 2012 from Sunderland University with a BA First Class Honours Degree in Fine Art. Mark is currently taking time out from formal academic study to concentrate in establishing a working arts practice.
A full CV and references are available on request.
​Mark welcomes and questions about his practice.

Oil on canvas painting of a horse, the second of series 1