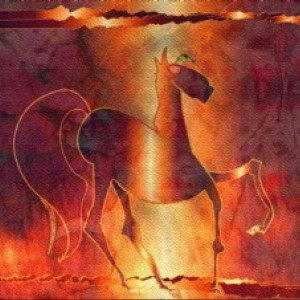 MFA - Yale University School of the Arts
BFA - Pratt Institute
I am a multidisciplinary artist. I have also spent over thirty years in the film business as a producer, director, writer, designer, artist, editor, and cinematographer.
Recently I’ve been applying the skills I have learned from storytelling through motion pictures to storytelling through visual arts. The difference is that one controls time while the other controls space. In the film, time is controlled by the length of the film, while the size is open-ended -- it can be viewed on a smartphone or projected on a building. The opposite is true in visual arts. The artist controls the size of the artwork, but the time to engage with the artwork is open-ended -- a piece of artwork can be glanced over or admired for hours.
So, what I’ve been experimenting with, especially with maquette dioramas, is creating artworks that have the power to engage the viewer to spark a story within a fixed space but without a fixed timeline.

THE WORK - My work is about telling stories through light, shadow, and color. The medium I choose determines how much light reveals and how much shadow hides.

THE PROCESS - Over a period of time I gather discarded parts and materials and organize them by size, shape, and texture. I make rough sketches or collages of an idea and then I work through the process exploring a theme in multiple pieces, usually grouped in a series. While the materials and tools I use can easily be described, I leave the interpretation of the story to the discretion of the viewer.

This piece is from series of MAQUETTE – WALL SCULPTURE DIORAMAS. They are made from obsolete “junk,” which but a few years back was the […]